Whether you’re closing a sale or trying to land a job, first impressions matter. And that impression might include how you look. While there are no concrete rules on how you should appear in front of a potential buyer, vendor, or employee, they or the industry may have unwritten standards.

Let’s begin with women’s hairstyles for interviews. The ladies have various options on how their hair can look, but some may be more outstanding and impressive in front of others.

The safest option for those with long hair is the classic ponytail, not braid out or twist out. It is sleek, easy to do, and perfectly showcases the entire face. It allows the other person, such as the interview, to see the complete facial expressions when the interviewee is talking.

Those who have natural curls or waves need not have their hair straightened, but they may have to tame them. They can go to salons at least a day before to help the hair appear more polished.

Pixie cuts are daring, bold, and intimidating. However, they may work if they want to project the idea that they’re boss babes.

When it comes to absolute no-nos, no one should come to the interview with wet hair or with styling products still needing more time to dry. It makes anyone look unkempt.

For men, there’s a good reason the classic undercut is also known as the businessman’s haircut. It’s clean and dapper to look at. It is versatile, too, in case the males would want to experiment with looks, although they need to do this a day or two before, not on the actual schedule of the interview. 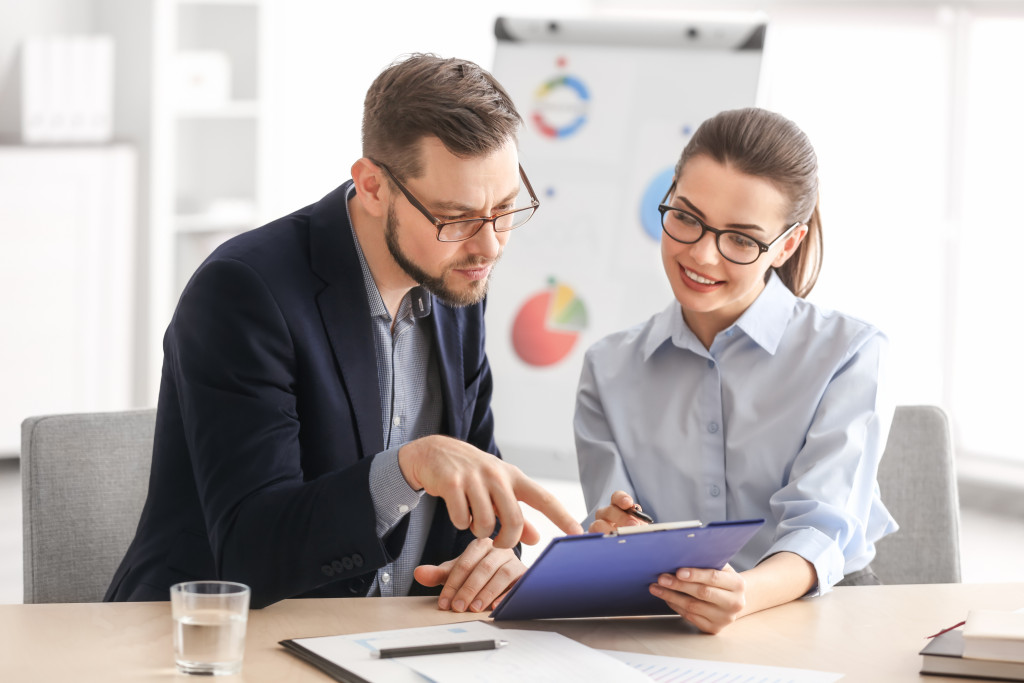 One of the proverbial questions among men is whether they can keep their goatees or mustaches in the workplace. The consensus remains that, if possible, the males should meet their interviewers with clean-shaven faces.

This is especially true if they try to secure work in a more conservative industry where cleanliness may be next to godliness. These may include the government, retail, particularly customer service, healthcare, and education.

However, in reality, more men are going to interviews with facial hair. In one of the surveys, over 60 percent of men completed an interview with either a beard or goatee. About 20 percent wore their mustaches, while 9 percent retained their scruff.

Some companies, like startups, may see facial hair as a form of self-expression or even self-identity, especially those who cannot remove them because of their religious beliefs.

How about in business? It depends on the people they’re facing with. Besides knowing the industry, men should also know the culture of the person they’re talking to.

For example, the Chinese are not fond of beards since they may consider them dirty. The beard culture catches up on France, so the young French might appreciate it more than the old ones.

In the end, males may benefit from learning more about the company and the people they’re meeting with to help them decide whether they should get rid of their facial hair or not. If they can keep it, they have to make sure it’s well maintained.

Here’s what’s tricky about nails during interviews. Often, the nails and hands remain hidden during this process. However, they can become visible when they become more animated or need to shake hands with someone.

Whether they should paint it or not again depends on the industry they’re in. If they are applying for a healthcare position, particularly one that involves handling patients, expect that some future employers would want to see those nails cut short and clean but with no manicure and certainly no embedded stones.

The rules may be more relaxed on jobs where the look of the nails doesn’t matter, like in marketing. In fact, polishing and painting the nails may help create a powerful brand image for the team.

If there’s one thing women who want to keep their nails painted should remember, it’s that they should look good. If the DIY doesn’t produce good results, spend some money for a professional.

Make no mistake about it: no law could ever tell you to dress or look a certain part. No one should also discriminate against you for not following the norms. But if you want to capture their attention, suggest that you’re confident, and feel good about yourself, you may also want to know the looks that could sell.