During the onset of the pandemic and its subsequent lockdowns in 2020, many cosmetic surgeries that people scheduled were canceled or put off. Now that 2021 has proven to be a more promising year as vaccinations are helping protect people from the virus and clinics are reopening, these canceled and postponed cosmetic surgeries are skyrocketing.

The plastic surgery industry has seen a sharp increase in people who have gotten procedures from simple injectable Botox to non-invasive procedures to plastic surgery. This trend is caused by the increased use of online meetings that made people more conscious of how they look. The increased downtime spent at home during the social distancing period and remote work phase also allowed them to recover at home discreetly. So, which surgeries were in demand during this boom?

Fortunately, the world has evolved into a place with fewer reservations for people who want to go under the knife. Because of this change in people’s attitudes, it looks like the pandemic will continue to normalize plastic surgery as more people choose to improve the way they look by doing different procedures during this time. Here are some of the most sought after surgical procedures during the pandemic:

Not many people know what body contouring is, as liposuction is an equivalent procedure that has been more popular. This procedure is a non-surgical cosmetic treatment that gives a part of your body — usually the tummy — a firmer, more toned look. Since the pandemic has caused many people to sit at home and order food deliveries without much exercise or work out at the gym, some people gained weight that they want to lose fast.

Although a healthy diet and exercise are still better steps to take to lose weight, sometimes they work a little slow depending on your body’s metabolism. With all the weight people gained during the lockdowns and the sudden easing up of the restrictions, some people want to reach the look they want sooner to go to the beach with the ideal beach body. 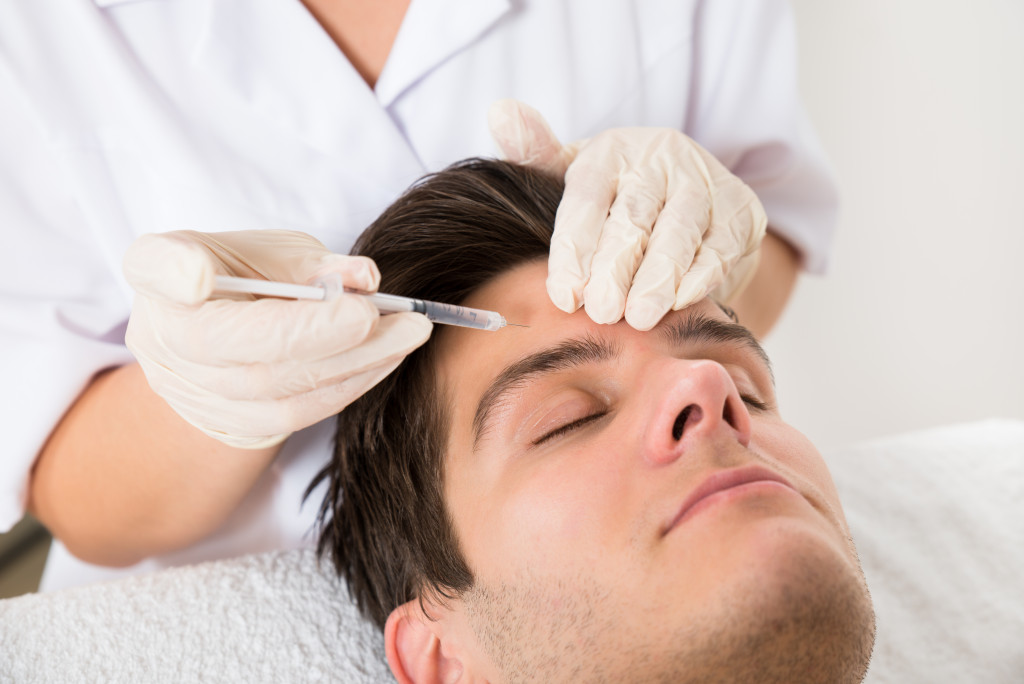 Nose reshaping or nose jobs were also one of the most popular procedures done by cosmetic surgeons in 2020. It is a procedure meant to balance the size and shape of the nose with the face. It can also be a corrective surgery to help the impaired breathing of patients.

According to the American Society of Plastic Surgeons, there were a total of 352,555 nose jobs that surgeons performed in 2020. That is a lot of noses that surgeons had to reshape in 2020, and experts attribute it to the same reason that being on Zoom calls has distorted people’s image of themselves as the cameras on laptops, and mobile phones tend to do that. Consequently, more people felt more insecure, and since they had time to recover from the swelling and bruising from such procedures, they decided to do it.

In 2020, getting a Botox was the most in-demand minimally-invasive cosmetic procedure. There were roughly 4.4 million Botox-related procedures that surgeons performed during that year.

Getting a Botox involves injecting a neurotoxin into some areas of your face to treat wrinkles and fine lines by relaxing the muscles surrounding them. Since the world is obsessed with looking younger and it’s not a procedure that costs so much money without requiring a long time to recover, millions of people went and had their faces injected.

2020 is a stressful year, so when many people feel the stress more, they manifest unwanted fine lines and wrinkles on their faces. And having spent so much time staring at the virtual versions of themselves on Zoom meetings and in the mirror, these flaws just started to bother them. As per the report, millions of people actually went and got the injections. So, even if many cosmetic surgeons had to close their clinics for a few months due to the worsening health crisis, it looks like they were able to earn what they’ve lost.

With the current increase of people getting plastic surgery during the pandemic, you might soon meet up with your friends and family members who you haven’t seen in a long time and not recognize some of them. It might seem like some dystopian tale since the world is still suffering from many crises that some people are working hard to avoid more displaced lives. But if it will make you happy and more confident with yourself, go ahead and get that new look.